We're proud to announce the winners of our second annual podcasting competition, My RØDE Cast. These incredible podcasters will be taking home a share of $150,000 in prizes. 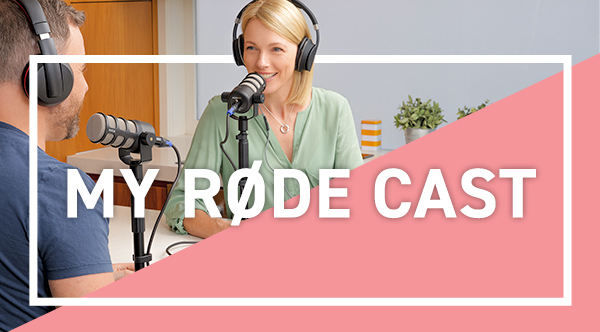 Launched in May, My RØDE Cast invited the world’s podcasters to submit a 1-2 minute mini-episode showcasing their talents. The entries quickly surpassed last year’s total, with over 2000 podcasts being submitted from more than 60 countries worldwide.

The winners were chosen by three brilliant judges from the podcasting industry, Hrishikesh Hirway, Creator and Host of Song Exploder, Jacob Salamon, Co-Founder of WISECRACK, and Leah Harris, Australia's Podcast Producer at Spotify.

AND THE WINNERS ARE…

"The show's concept is great,” says My RØDE Cast judge Hrishikesh Hirway. “To be mixed means to be caught between worlds, and that provides a very specific perspective from which to examine the topic of race. Plus, the hosts have great voices and delivery, and the editing is sophisticated."

Lidia’s Booktastic Podcast Trailer is a podcast from a young girl that tells other kids about the books she reads and what she likes about them (with a little help from her dad).

“Love the host choice and the interaction between daughter and dad,” says My RØDE Cast judge Leah Harris. “It would have a number of audience entry points for both kids and their parents. Warm and engaging, great use of guests.”

A podcast that tells the story of what appeared to be a typical day at work revealing itself to go beyond medical knowledge, enlightening the true meaning of care

"The team and I are thrilled and honored to win this year’s My RØDE Cast competition!" says Major Prize winner CA Davis. "When my lead producer, Lex Ward, and I began formulating the show, I had no idea how to bring together creative sound design with a show that uses critical mixed race theory and analysis to unpack contemporary mixed race experiences. With RØDE’s help, we can continue to produce high-quality content that is detailed, engaging and takes our listeners on an educational and stereophonic journey. What a true, true honor."

This year, we also opened My RØDE Cast to entries from China. The winners were chosen by a separate panel of judges, including Zhang Dong, Vice Director of the Sound of Music program on China National Radio and Chief Content Officer of Yunting; Yin Qiming, multiple National News Award winner, Vice President and Chief Editor of Himalaya FM (China’s biggest audio sharing platform) and Vice President of Copyright Society of China; and celebrated writer, director and actor Zhou Jianlong. The winning entries were City Guide Podcast, Nonsense, and Life Guide.

These awesome podcasters have won a share of $150,000 worth of RØDE podcasting gear, including the revolutionary RØDECaster Pro Podcast Production Studio, Procasters and PodMics, NT-USB Minis, accessories and more, plus Adobe Creative Cloud subscriptions, sound effect packs from soundeffects.com, and acoustic kits from Primacoustic.

Check out all of the entries here. My RØDE Cast will return in 2021!

The VideoMic GO II vs VideoMic NTG: Which One Is Right For You?