"Disconnect" is open to interpretation. The video was shot in downtown Ft. Worth, Texas and at the Japanese Garden within the Ft. Worth Botanical Garden. Since Rode products are essential to this film competition, I decided that my entry would focus on audio. The best technique I could imagine was to simply disconnect the audio from the video. Then, let the audience draw their own conclusions on the mixture of images and sounds.

Here is the B.T.S. video for my entry into the My Rode Reel 2017 short film competition. Since I work alone, filming a B.T.S. video presented some challenges. The locations for this short film included downtown Fort Worth, Texas and the Japanese Garden at the Fort Worth Botanical Garden. I had to show the Rode Video Micro in action, so I recorded some of my work with a Sony Action Cam set on a mini tripod. Other shots were taken with the Panasonic G6. The focus of "Disconnect" was on audio, so I decided that the B.T.S. video should go in the exact opposite direction -- a silent film! I converted the images to black and white, sped up the video, and added an old film grain look. The "Silent Film Piano" music completed the project. 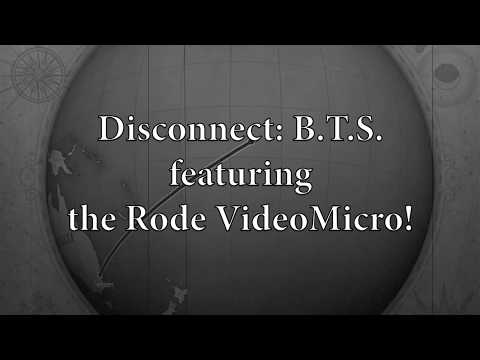