A cyclist is tormented by his past

Filmed in Takaparawha Park, Orakei, Auckland, NZ. Using a Connon 650D. Sound recording on a Rode videomicme recording to an iphone hidden under Jasons cycling jacket...basically trying to use it as a lapel mic.

Colour graded to give a bright saturated tone to the judgement scenes, with white blown out sky to give an ethereal feel to the scenes where jason confronts himself. A grey dark washed out tone to the real world scenes, but with the ethereal characters still retaining their saturated tones

The mask is an wooden replica of the design from the Lega tribe from Congo, Africa. Masks like these were used in instruction and initiation ceremonies into the five progressive levels of Bwami, the association that Lega men rise through with lifelong learning and deeds. 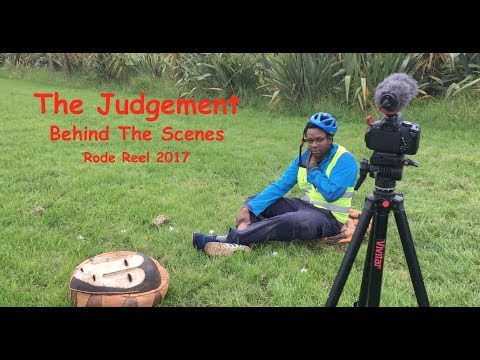 Aliens in Law - My Rode Reel