Sideways talks about the passion that a young guy has for drifting and that lives in a country where the sport has no recognition and very little incentive. Gustavo (aka "Mosquito") lives in the tracks since very young and, a few years later discovered the drift. After that, never stopped. Nowadays he and his friends conduct trainings as a team and maintenance on their own cars,using own money.

In the BTS it is shown how the images ware captured, the movementd made and the risks that we passed to be able to extract the best possible result in the video.

The Sony a6300 used gave many resources to get the feeling of the pilot,and using 120 fps, it was possible to capture every movement inside the car. A Pillotfly H2 stabilizer was used, which was essential for images to be captured at incredible angles and with the necessary speed.

The post-production was what gave life to the video, using slow motion and, performing the color grading process with Adobe Premiere, it was possible to reach the expected result and give to the video an identity. 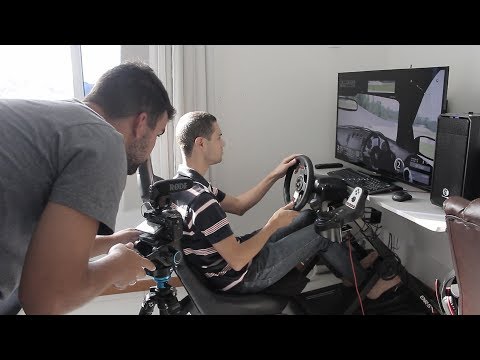