A drug addict overdoses and on his last breaths and begins to hallucinate about his loved ones whose lives have been affected by his addiction.

The entire short film was shot in one location: a relatively empty building along a dark corridor. We went for a fluid feel for the film, removing the use of a tripod and followed the characters' actions rather than implement blocking and limiting their movements.
Gear used were:
Panasonic GH4
Sigma 18-35mm Art Lens
Canon 24-70mm Lens
Aladdin Biflex LED
Rode NTG-2 Cardoid Boom Mic
Rode VideoMic Proc
Rode Micro Boom 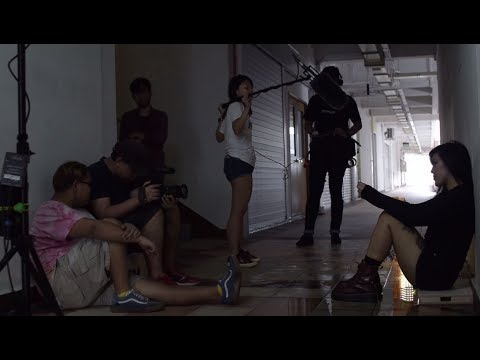