The 12th Man is a short documentary that follows the Stampede on game day at New Era Field in Buffalo New York. The Stampede is the official drumline of the Buffalo Bills. They perform at all home games and other events around the Buffalo area.

Behind the Scenes of The 12th Man takes a look at what it was like to film the Stampede during three Buffalo Bills home games.

The footage taken was used to make the short documentary The 12th Man which gives the audience a glimpse of what it is like to be a member of the Stampede on game day. 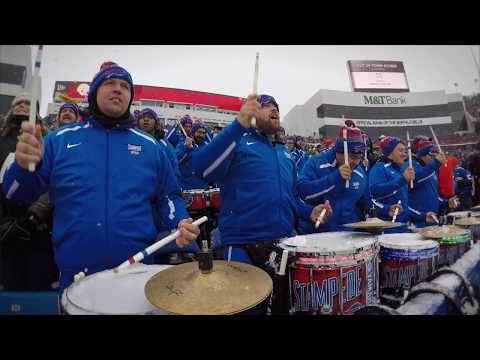