Pete is the co-founder of the UK mental health awareness organisation Rethink Your Mind.

Pete decided he'd like to share his own story of his mental health issues and try to explain what he's found to help his own well being.

This film is trying to capture his story and his motivation for the work he does; demonstrating what makes him feel better.

Shot on a Panasonic GH4 and G7. Using a gimbal and tripod.
Audio: SmartLav+ SC3 adapter and Zoom H1 recorder.

Shot in one visit to Bradgate Park, Leicestershire.

The idea was to get Pete (the subject) to walk and talk (to himself) capturing his thoughts and feelings surrounding his motivations.

I wanted to do this in one visit and not re-shoot anything, just maintain the integrity and genuineness of Pete's feelings and motivations. If I didn't get the shot, or the focus wasn't super sharp... then that's how it has to be.

The SmartLav+ and SC3 gave me the freedom to just follow him with the camera, and then finding the best content from the 2 hours of audio captured.

I also wanted to ensure the soundtrack was written for this film, using an original RODE NT2 microphone to record. My brother is a lecturer in music composition for media and created the piece for me, carefully hitting key cues and reinforcing the movements with climbs and descents in the music tracking the movement around the park. 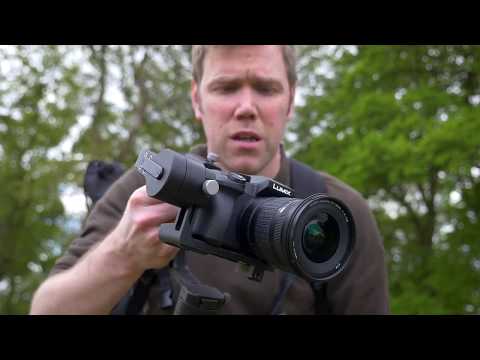