An individual with hearing impairment , how he gets to hear the nature sounds through RODE is the crux of the TVC

Behind The Scenes
Creative Crew

Soban Gul, Sirisha Akshintala and Deepak Malapur were involved in making this video. Soban came up with the concept. He was the one who operated the camera and Sirisha shot the behind the scene with her Canon camera. The costumes seen on the character were random selections and the blue coat was quite suitable with the cream colored walls and yellow curtains. We were lucky that the sun was quite bright even though the time for him to set was near.
Concept took birth instantly but the execution was quite challenging as we knew it should be wrapped up in 30 seconds. Another challenge was to make everything fall in place without allowing the character utter a word. Well, all the confusions were swept aside by Rode. We recorded the natural sounds at a joggers park nearby and used the same in the original video with minimal digital modification. We finished the making of the ad in half an hour or so. 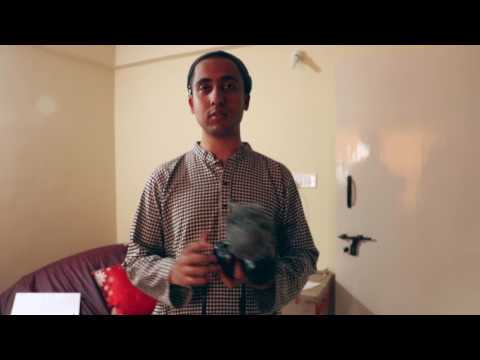