Mark and Jason go on a hike with Jenny and Marie. Marie is interested in Jason but she is too shy to approach him. Jenny flirts with Jason regardless. When exploring the forest, Mark and Jason apprehend the two women. Awaiting to deliver the two to the boss, Jason is notified that Jenny is not necessary and needs to be eliminated. In an act to save Jenny from death, Marie breaks out of her shell and manifests her mutant powers of strength and motion control.

Behind the Scenes Videographer

We shot our film entirely with an Apple iPhone 6s using the Filmic Pro Application to configure manual settings. The film was mostly shot handheld with the stabilization mode on. We used the Rode NTD2 shotgun microphone to capture production sound and used a dead kitten to shield it from the wind. We also used a Rode Videomic Pro mounted on a Sony A7SII mirrorless camera for the behind the scenes video. 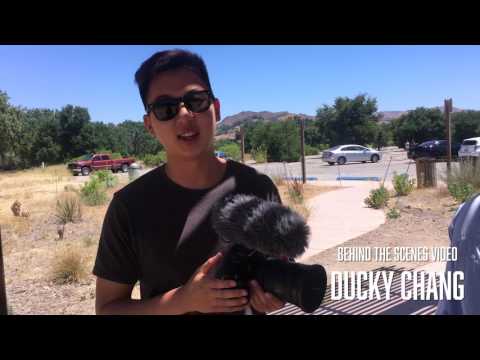