Parents always seem to grow further apart from us as we grow up, we might not have lived up to our parents' expectations, or not been able to talk our hearts out to them.

We made this film as a reminder to show our gratitude to our parents. What we give to them might not be monetarily expensive, but the thought and effort is far more precious than anything else.

It started off as an idea to create a short for Father's Day. We wanted to use this chance to remind everyone to show their appreciation to their father. Our key message was that it didn't matter if you bought them something, or made them something personally, what matters most is putting your thoughts into action and letting them know that they mattered.

We pitched this idea to a few friends and partners who then agreed to take on this project together. Scouting for locations and props was really quite a task this time. We wanted to make sure the rooms looked like what an artistic person would stay in, adding in elements from the previous era in for the father's scene.

Time was short as well as we were limited to one shoot day. We had to arrange all the scenes in one location as moving elsewhere would delay the schedule and make it otherwise impossible. Some of the shots we did had great lighting and was played out full of emotion by the actors. However, they were left on the editing room floor due to creative reasons. We do hope they get a chance to be added into the Director's Cut. So stay tuned and in the meanwhile, like and share our video out! 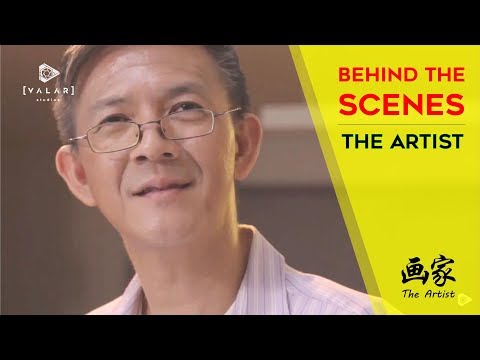