Macro follows John, who after being awoken suddenly one night finds himself on the receiving end of a series of unfortunate events. Will his 'Luck' turn?

What we wanted to do with Macro was to tell a concise little story in three minutes that was quirky and stylistically interesting.

The quirky nature of the film allowed us to have fun and experiment with visuals and sound.
I started by discussing the style with Cinematographer Kevin Fox and then produced storyboards for each shot. I found the storyboards to be essential when trying to describe the look and mood we wanted with this film.

I was amazed by how invested every crew member became before, during and after the shoot.

We wanted to experiment and create some unusual shots such as the "Football POV". After testing a few different "rigs" we came up with a go pro on the end of two paint roller poles. I added some padding to protect the camera from actually making contact with the wall. Unfortunately I made a slight miss calculation and the lens cracked on the first take (sorry Kev), But we got the Shot! 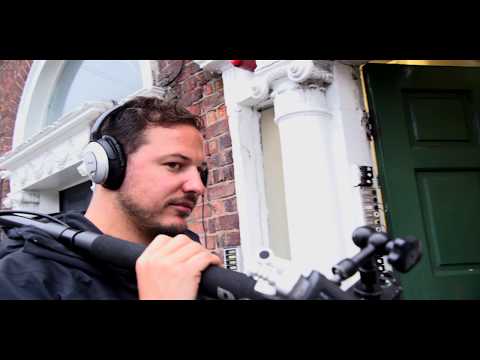