I would like so much to participate in the Rode short movie competition and share the movie shot by me in your web site and show it to spectators.The movie begins with the battle scenes of a student who came to revenge from the godfather of mafia who killed his karate master.I sent you my short action movie called "Revenge".I'm very thankful to you for creating such a beautiful contest on behalf of my movieshot team

Let me give you the information about the technical side of the movie.2 Canon 60D and Canon 7D were used in this movie and recorded by 3 cameras. Rode Video Mig GO microphone is used for shooting. The microphone turns out to be a problem because of the lack of budget.I'm going to get a better microphone of Rode in future.The film director, screenwriter, montage and color works belong to me, to Karim Rahimov. We have a shooting group of friends and each of us has prepared for this festival heartily. Despite of the last time, we were able to introduce our movie to the festival. 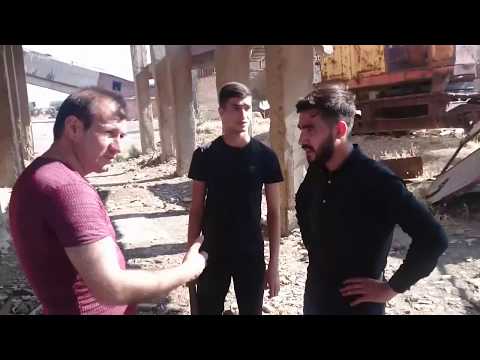 Whose friends I lost -Myrodereel 2017